Since the release of the IEC 61131-3 programming standard, users want to be able to exchange their programs, libraries and projects between development environments. Although this was not the intent of the standard itself, it was a task that PLCopen committed itself to. A task that fitted well into the PLCopen mission: to be the leading association resolving topics related to control programming to support the use of international standards in this field.

IEC 61131-3 defines programming languages. As such it is just a part of a total solution. Other parts are tools for simulation, debugging, version control, documentation, networking and more. PLCopen decided years ago to realize interfaces towards these supporting tools. This resulted in a workgroup named TC6 for XML (eXtensible Markup Language). This committee defined an open interface which can be used by different kinds of software tools to transfer the information that is on the screen to other platforms. This screen information does not only contain textual information, but also graphical information, like where the function blocks are and how they are connected to each other. 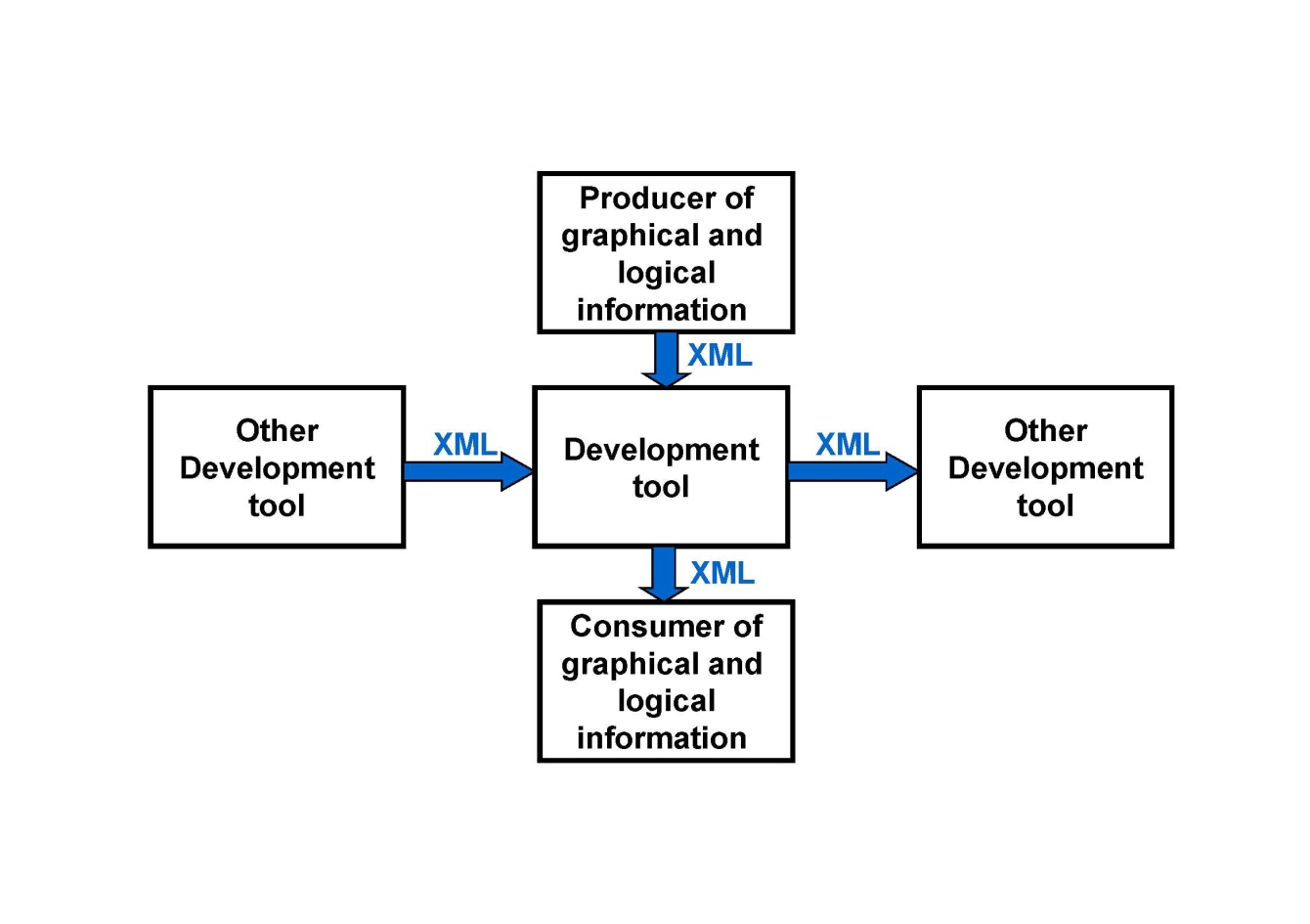 XML stands for eXtensible Markup Language, providing the basis for the well known HTML (Hyper Text Markup Language) which is used extensively on the internet. XML has several advantages:

Overview of the results

The latest PLCopen version is 2.01 of the specification:

It provides the basis for exchange, as well as coupling to other software tools, including higher level developments tools, simulation tools, documentation tools, and verification tools.

The PLCopen XML specification became an integral part of the IEC 61131 specifications, as IEC 61131-10. It was released in April 2019 as Programmable controllers – Part 10: PLC open XML exchange format.The standard can be ordered at the IEC.
The Code Components included in this IEC standard are also available as an electronic machine-readable file at http://www.plcopen.org/technical-activities/IEC61131-10/CodeComponents/PLCopenXML.htm.